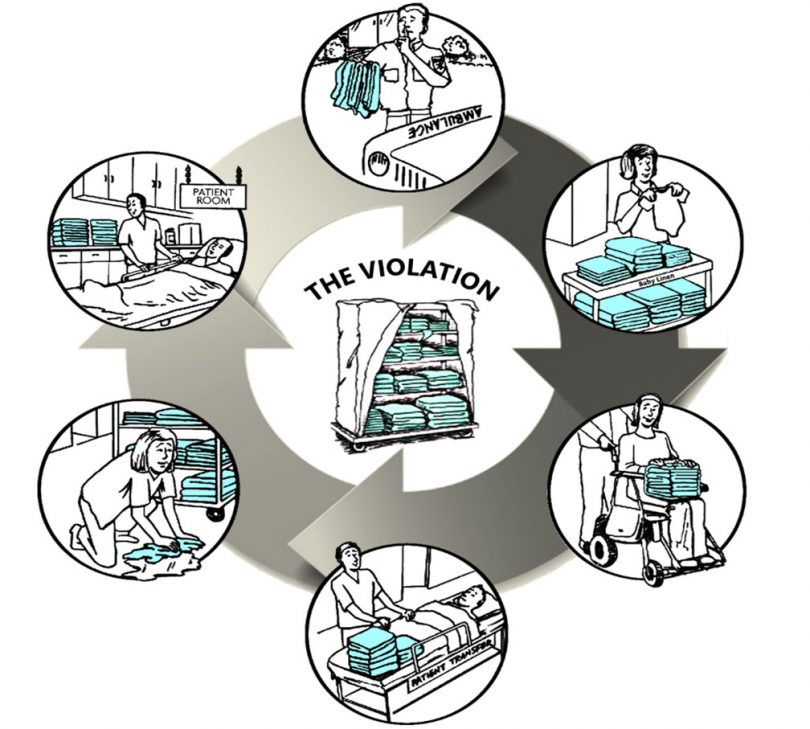 At Meditek, we know all about how frustrating linen loss can be for different hospital departments.

It’s something we hear all the time.

We’ve identified there are really 3 ways that linen loss occurs:

The savings on reprocessing cost comes when you’re able to cut down on the hoarding of linens in a patient room, as everything needs to get reprocessed when a patient room is turned over.

That means 75% of linen replacement costs are due to theft, ambulance transfers from hospitals to nursing homes, unexplained loss (discarded in trash) or misuse.

Linen loss due to theft

Linen loss due to theft is a generic thing that happens everywhere. Your hospital is no different in this regard.

It’s true that you can’t change whether someone has the intent to steal linen (or anything for that matter).

But what you can do is cut off unauthorized access.

For example, if your nurses are hoarding linen in hospital rooms, there’s plenty of time and privacy for a patient or visitor to put linens into their bags.

After nurses stock a room with 3 to 5 spare linen sheets, are they really going to count them every time they go back into the room to make sure it’s still all there?

No, they are not.

Let’s go a little further into the issue.

Why do nurses hoard linens in patient rooms?

The answer is because the linen is not always conveniently available, so they feel like they need to hoard to always make sure they will have what they need when they need it

Can you blame them?

The nurse’s frustration comes from a lack of preemptive managerial action in finding a way to make sure caregivers have the linen they need when they need it.

But maybe you’re on top of the issue of nurses hoarding linens. Good for you.

However, linens are still being removed from your facility.

The other place we’re going to look at is the linen cart.

Let’s face it. Most hospital linen carts are not secured. While they should have some sort of covering, anyone can access it (even if it’s zipped or tied up).

Unless the linen cart is under lock and key, theft will continue.

How to stop linen loss due to theft

There are really two issues here.

The first is that you have to eliminate hoarding. How do you eliminate linen hoarding?

By making sure nurses have access to what they need when they need it.

How do you accomplish that?

By automating and tracking your linen distribution.

With the alEx linen automation system, the amount of linen taken out of the linen cart is tracked. Environmental/support services receive real-time updates of linen levels from each machine, so they know when something is running low and where the machine is located.

alEx literally takes the issue of never having enough linen out of the equation.

The other way is to control the access to the linen.

With traditional linen carts, it would be inefficient to have a non-automated lock and key system.

The logistics around that would give even the most seasoned logistical manager nightmares.

But if you’re able to only allow access to authorized staff through their existing ID scan badges, problem solved.

alEx comes with an automatic closing door, so you know that the linen cart will always be secure.

(Spoiler alert: The good news is that we have the solution to all these problems – the alEx SD).

Problem 1: EMS need linen onboard the ambulance and never know how much they’re going to need, so they make sure to take extra.

Problem 2: EMS will take linens from one facility and leave them at another.

Problem 3: No one is held accountable for linen loss because no one knows who’s taking what.

No one likes to have to do a job without the essential tools. It makes doing the job that much harder.

In the EMS world, they never know what they’re going to encounter on a day-to-day basis, which makes it hard to estimate how much linen they’ll need.

So, what a lot of EMS (not all EMS) do is take extra linen to make sure they have enough. Can you blame them?

A key component to the success of alEx is data analysis.

What needs to happen is a breakdown of what EMS personnel use on a daily basis before alEx is implemented, in conjunction with a report of how many times the EMS visits the ER.

With this information, it’s easier to plan for the initial alEx implementation. It also facilitates the process of continual modification before reaching optimal performance.

The other important factor to monitor is not only linen as a group but the individual pieces that make up a bundle. Bundles typically include one bath blanket, one flat sheet, and one towel.

It may turn out that there is a major discrepancy in which specific linen items EMS needs most.

The alEx software, known as clearView, tracks all of this information and assembles reports based on optimal output.

Problem 2: In one hospital, out to the other

One problem identified was how EMS would restock every time they visited a new facility.

The not-so-bad news is that, in some cases, the facilities were on a linen-sharing system, so it didn’t matter where the linen ended up. But, it still didn’t make the problem a good one to have, in that there was uncontrolled linen distribution.

With alEx SD, EMS can take linen from one hospital and deposit the soiled linen in another and have it tracked.

This way, there is no more uncertainty as to where it went.

If other facilities don’t have alEx, EMS are still aware of what is being dispensed to them, that linens are now being tracked and they are accountable.

Problem 3: Who is accountable for linen loss?

The beauty of alEx SD is that only authorized staff can access linens and the software tracks who is taking what. 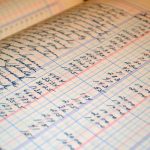 ER departments are busy places, and with the current open cart system, it’s very complicated to try to track linens. Who took what? When did they take it? How much of it did they take?

Since alEx is automated, all of that info is recorded effortlessly and accurately.

The way it works is that every vehicle gets a FOB. The info on the FOB enables the user to access any alEx SD dispenser at other hospitals where the FOB is authorized.

As to not sound like a broken record, the linen hoarding issue was solved by making sure environmental services know when and where to restock linen in real-time.

Now for the issue of misuse.

While it would be extremely difficult to eliminate misuse completely, there are ways to reduce it.

The first and most obvious are staff training and linen loss seminars. Many hospitals already have these in place.

But what if we tried something different? What if we communicated the effects of linen cost through a consistent reminder of how much the linen is worth?

Every time a nurse takes linen out of the alEx dispenser, they get an alert of how much that linen is worth in dollars and cents.

We’re associating a real cost to the linen every time staff access it, as a constant reminder. Our research and feedback point to nurses actually taking more initiative to be accountable. It shows them how they can do their part in managing the bottom line.

No one really wants to use more than they actually need and you associate an actual cost with the linen that is being removed, surprise surprise! staff take less.

Another problem is that staff see a pile of unused, hoarded linen in a patient’s room and think that it’s okay to use it for cleaning mess. They know that if they use one sheet to clean a mess, there are still two others stored away that they’re probably not going to use anyways.

Here’s what you might be thinking, “Nurses can still take excessive linen from alEx and hoard it in patients’ rooms.”

In theory, for sure. In reality, as alEx tracks everything in terms of what is taken and who takes it, accountability for all that lies with management to monitor.

As management, you will have done your due diligence and figured out the number of linens needed per room per day. You already know the numbers. All you have to do is pull a report from the clearView software that alEx uses to compare what should be used against what is really getting used.

Then, you just make adjustments where and when as needed.

Think about how many millions of pounds of linen are processed over the assumed amount of useful life. For arguments sake, let’s say useful life at your facility is three years (although the lifecycle is completely relative to how many times it gets used, the laundering process, etc.).

To give you a real-life example, there were approximately 32 million pounds of linen processed in the province of Saskatchewan in 2014.

Whatever your number was for how much of your linen didn’t reach useful life, I bet it was a pretty big one.

On second thought, maybe go have a stiff drink first. You may need it.

When it comes to re-engineering linen distribution systems, our IPA linen products (alEx and scrubEx) control 90% of the market share.

There are over 1,000 hospitals that use IPA products throughout the US and Canada.

We think that’s an indication of a successful linen distribution system!

Let’s start a conversation about how you can control linen loss. We’re excited to show you exactly how you can start saving.

Those savings will pay for alEx quicker than you think.